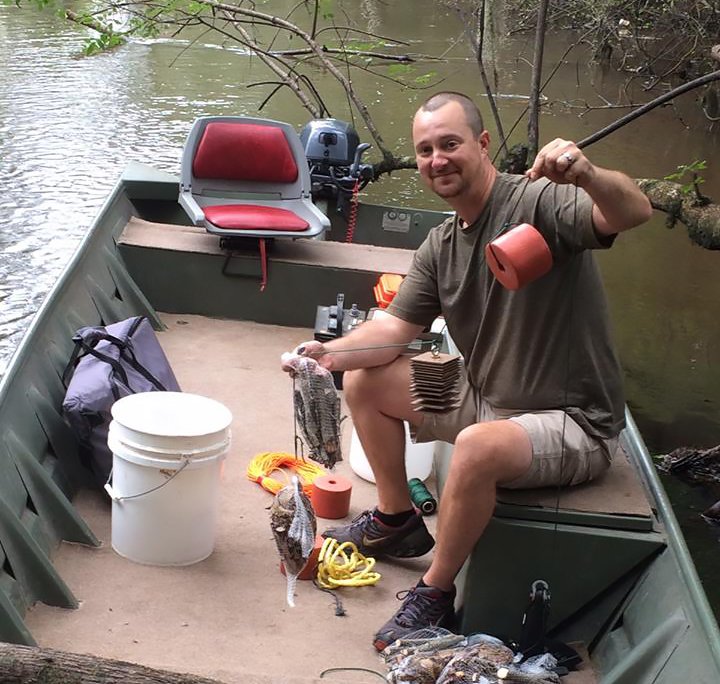 Despite their widespread use in wadeable streams, aquatic insects are less frequently incorporated into formal assessments of large rivers. The size, depth, and unstable substrates of large rivers make many sampling techniques difficult. As a result, passive samplers of natural or artificial materials are commonly used. These samplers are placed in the water for a predetermined period of time to allow for colonization by macroinvertebrate communities. We designed an experiment to compare aquatic insect communities collected from two passive samplers made of  natural substrates (leaves and woody debris) and one made from an artificial substrate (masonite board; i.e., Hester-Dendy samplers). In this experiment we placed three replicates of each sampler type (Hester-Dendy samplers, mesh bags filled with leaves, and mesh bags filled with woody debris) at 4 sites on the Savannah River and 3 sites of the Ogeechee River. After 30 days, samplers were retrieved and aquatic insect communities were assessed for differences in composition. Preliminary results indicate that there is a difference in the communities collected from each substrate, but these differences are small and each sampler was able to detect site specific differences in aquatic insect communities within each river (Fig. 1). As a result, all three substrate types provide an efficient mean for collecting macroinvertebrates as part of bioassessment practices. These results will be presented at the joint meetings of the Georgia and Alabama chapters of The American Fisheries Society to be held February 9-11 in Columbus, GA.