Diatom Assemblages in Oxbows: What Diatom Diversity is Like at our Four Savannah River Study Sites and What these Baseline Data Tell Us

This summer during algae systematics training at the Lakeside Laboratory, we were able to analyze preliminary data from our pilot study on diatom assemblages in four oxbows (Whirligig, Conyers Lake, Possum Eddy, Miller Lake) along the Savannah River. In collaboration with and under the advisement of Dr. Kalina Manoylov from Georgia College & State University, Alyssa Thomson (Manoylov’s research assistant) and I were able to count and identify up to 200 diatom valves on permanent slides for each of the oxbows. Analyses of these baseline data conducted on one of the Phinizy Center’s sampling events last Fall revealed some interesting findings that will help shape the design of the Center’s future monitoring. Contrary to previous hypotheses, diatom diversity was not found to be the most similar among oxbows with similar regimes, or in other words, oxbows that were connected or disconnected from the Savannah River*. This may be due to the methodology of using only diatometers to sample sites as they would inherently select for those species, which could attach themselves to substrates. After looking at the histograms however, we see that sites vary in species that specialize in distinct habitats (e.g., planktic vs. benthic). For example, Aulacoseira is a genus of centric diatoms found in plankton, whereas, Diadesmis is a genus of biraphid aerophilic diatoms usually found on mosses. Although these data were taken from only one sampling event and only 200 valves were counted, results have yielded insights to changes in future methodologies to get a more representative idea of diatom communities in each oxbow. Mainly, we will include mud samples as well as assess colonization times of diatometers to monitor succession in future studies. Depth measurements should also be included in statistical models. Below are the histograms of the species and abundances found at each site. 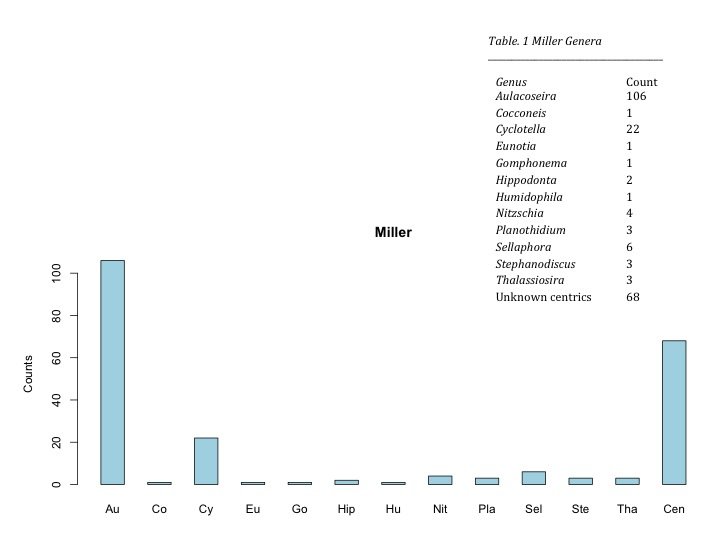 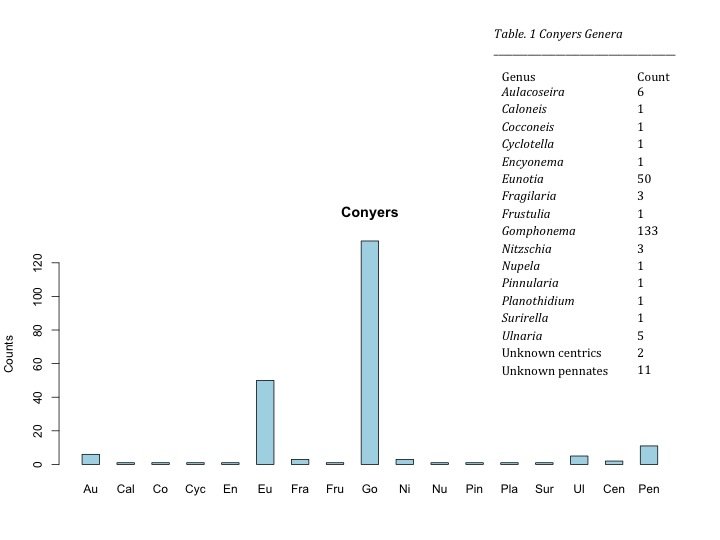 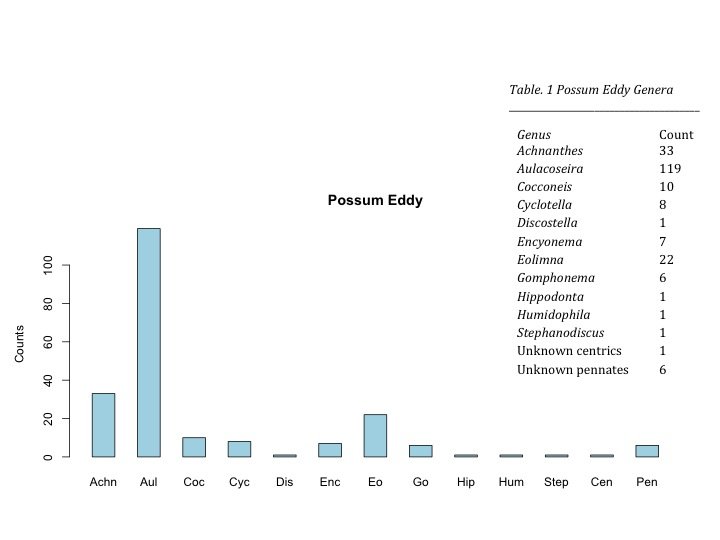 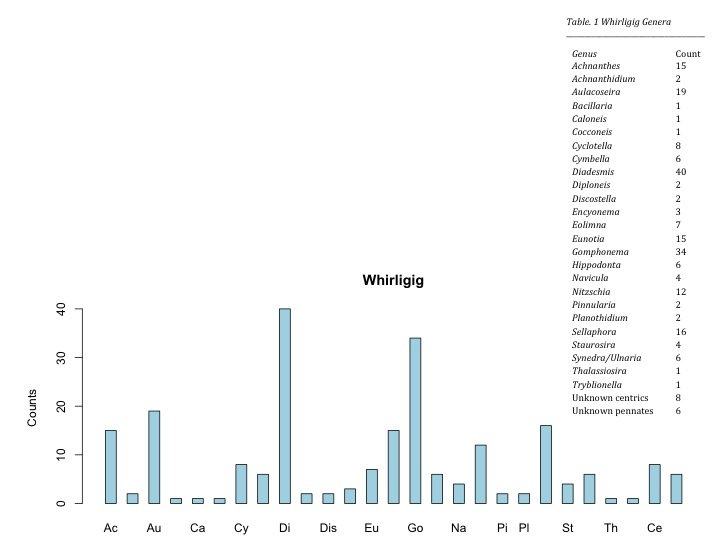 * Standard EPA protocol calls for counts of 600 valves (https://archive.epa.gov/water/archive/web/html/ch06main.html). Because this study was first piloted with the objective of acquiring baseline data, reporting of statistics is not included here but will be for future studies.