A week or so ago, one of my co-workers was holding a catfish on a measuring board, when it loudly grunted. It surprised her and brought an old memory back to mind for me. 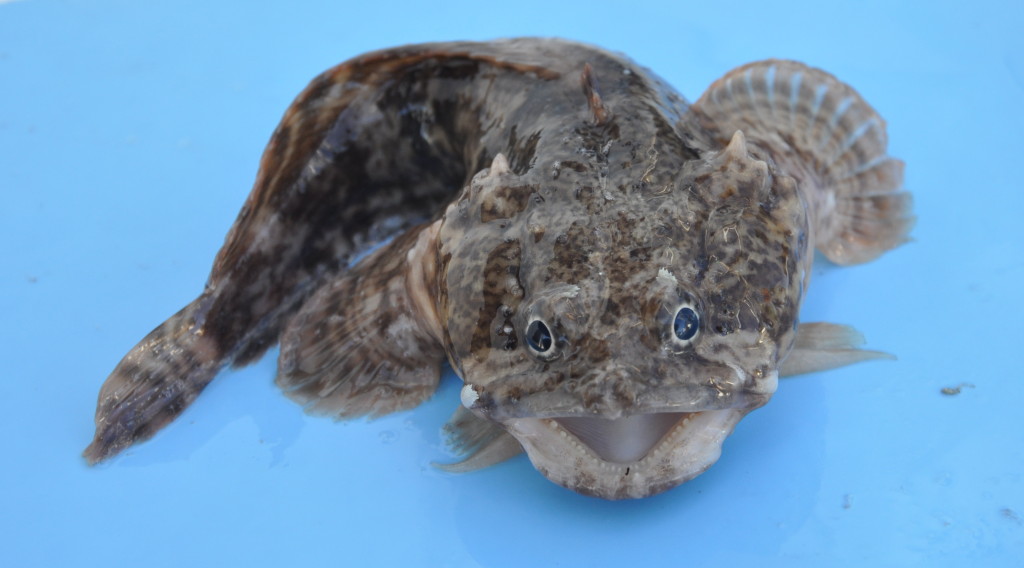 Several years ago, I caught a small fish while fishing off a Savannah pier. Nearby, an old Gullah man guffawed and poo-poo’ed my little fish, saying it wasn’t anything special and called it a “dogfish.” When asked why he called what I knew to be an oyster toadfish by another name, he simply said, ”because they bark and they bite!”

This brief encounter has stuck with me for all these years for a couple of reasons.

First, it helps to illustrate the need for scientific names. In the Gullah man’s community, the common name of dogfish applies singularly to the oyster toadfish. However, outside the Gullah community, dogfish usually means a type of shark. (Notice the emphasis on usually, as I can’t say what other fish have been labelled dogfish by people who encounter them.) But the problem with common names isn’t limited to local populations: it can also cross major taxonomic divisions. The oyster toadfish has other common names like oyster cracker and bar dog, but also oyster catcher. The oyster catcher is also a type of bird. Imagine the confusion that could ensue if one side of a conversation was talking about the fish and the other the bird! To avoid this confusion and create a standard for naming organisms, science has long used the binomial nomenclature, or a two name system. Using this system, there is only one fish scientifically named as Opsanus tau, and this will not change no matter where you are in the world. Period.

Second, the man said they bark. Fish bark? Yes, they do, and they grunt, growl, purr, and chirp too!

They vocalize to establish territory, in mating rituals, to stun prey, and to alert others to danger. Scientists have found multiple uses for these vocalizations in research. The amorous grunts of several species of fish are recorded to know when spawning is most likely to occur. This information is very important for economically important fisheries such as haddock, salmon, and sea trout to name a few. Scientists can also record fish vocalizations to know when certain species are present and what activities the fish are ‘talking about.”.

I don’t think many people think of fish as great communicators. But a brief google search shows a wealth of published and ongoing research demonstrating a surprising complexity to fish vocalizations. As research continues and we learn more about this topic, it will be interesting to discover what fish find worthy of talking about. In the case of my co-worker’s grunting catfish however, I do believe it was simply expressing its dislike of being out of water.

For more information on the mechanisms behind the noises and the reasons fish use sound: