The Low Down on the Cool River

Summer temperatures have arrived, and with them, many people’s sweat-drenched search for a way to cool off.  While a large number of CSRA folks head up to “the lake” to enjoy the water, a growing number are turning to the closer, cooler alternative of the Savannah River below Thurmond Dam.  Even at the peak of summer, the water in the stretch of river that passes through the metro Augusta area remains relatively cool, with daily average temperatures around 22 degrees Celsius (72 F) and maximum daily water temperatures of around 26 degrees Celsius (79 F).  But how can this be?

If you’ve been swimming at Thurmond Lake during the summer, you know that its temperature can get pretty warm, almost like bath water.  Thurmond is a big lake, with over 70,000 acres of surface area and water depths up to 180 feet.  Because of this, the lake actually experiences a process called stratification, where colder water is found in the lower depths, and warmer water is found near the surface.  This happens because cold water is more dense, or heavier than warm water.

In scientific or limnological terms, the warmer, upper layer of the lake is called the Epilimnion, and the colder bottom layer is called the Hypolimnion.  In between these is an area where temperature drops sharply, called the thermocline, located in the middle layer known as the Metalimnion.  You may have noticed this if you ever dove into the lake and felt the water get colder the deeper you plunged.  Sometimes, you can even feel the temperature difference between your chest and feet. 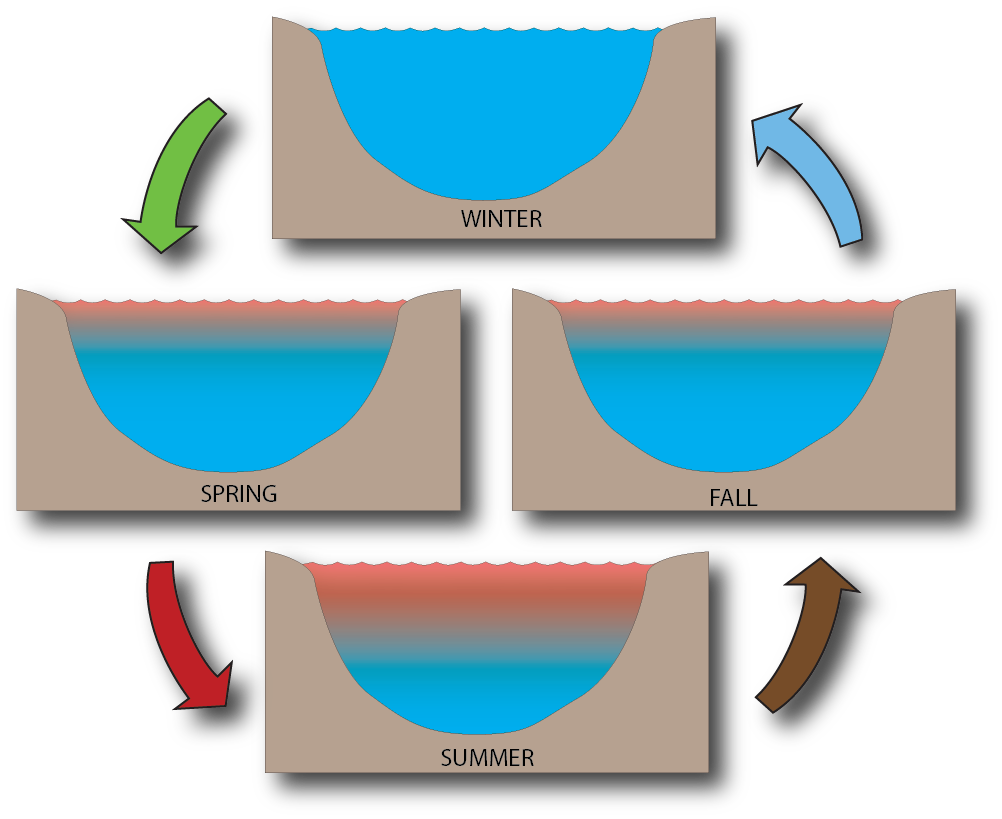 Thurmond Dam generates electricity by allowing lake water to flow through giant (20-ft diameter) pipes called penstocks through turbines and out into the Savannah River below.  These penstocks are located near the mid to lower depths of the lake, where the water is much cooler than the surface during the summer, which is why the Savannah River is so cool as it flows through the CSRA.  Eventually, as we move into fall and air temperatures grow cooler, the surface waters of the lake also cool.  At some point, usually in October, the surface water becomes roughly the same temperature as the deeper water, and mixes – a process sometimes referred to as lake turnover.  From that point until spring the next year, water temperatures in the lake are mostly uniform from surface to bottom.