Stormwater fees are currently a topic of debate in many cities and towns. Why does stormwater cause so many problems in urban areas? Read on to find out more about this issue and possible solutions. 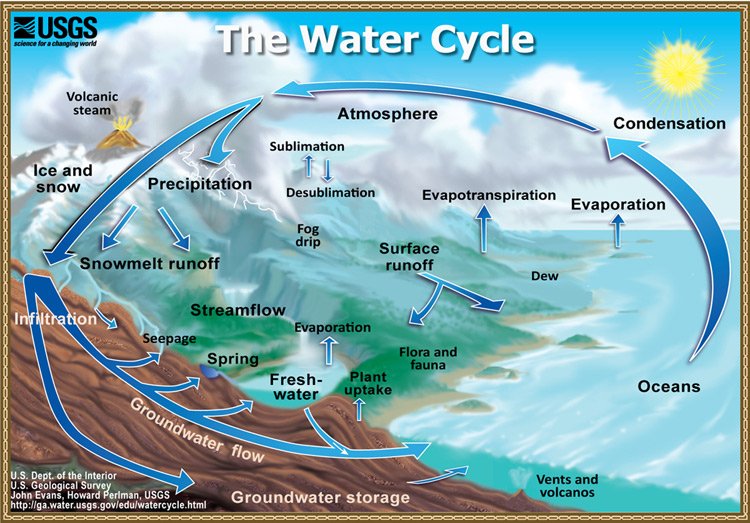 You’re probably already familiar with the water cycle—rain falls to the Earth, where it either is intercepted by plants, flows downhill over the land surface (runoff), or is absorbed into the soil. Water in the soil can either be taken up by plant roots or can move downward and become groundwater. Groundwater provides a steady, consistent flow of water to streams, which is especially important during droughts.

The Water Cycle in an Urban Landscape 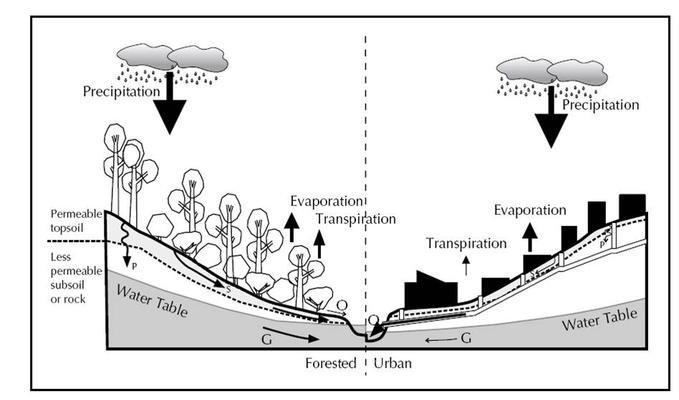 A comparison of the water cycle in a forested and an urban landscape. Rainfall can reach the stream in one of three ways: overland flow (i.e., surface runoff (O)), subsurface flow through topsoil (S), or percolation (P) into groundwater (G). Walsh et al., 2004

As areas become urbanized and more developed, natural land cover is replaced by impervious surfaces. Impervious surfaces do not allow water to soak into the ground; these include roads, sidewalks, parking lots, and roofs. This means that less rainfall is absorbed into the soil to become groundwater, and more rainfall becomes surface runoff. 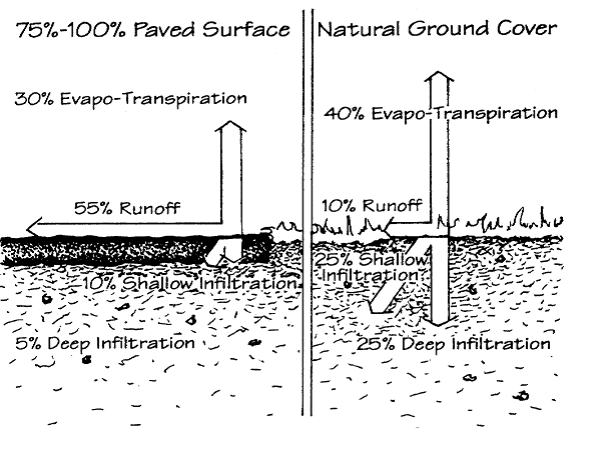 Depending on the amount of impervious surface in a watershed, the annual volume of storm water runoff can increase by up to 16 times that of natural areas. Source: Schueler, Thomas (1995) Site Planning for Urban Stream Protection. 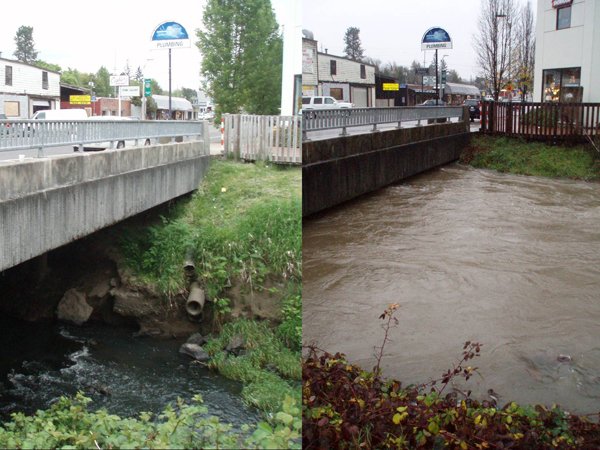 A flashy stream in Oregon’s Tualatin River watershed. Flashy streams have dramatic differences in streamflow between wet and dry weather, resulting in high, steep banks as seen in the picture on the left. Photo by Tualatin Riverkeepers

Less rainfall soaking into the soil means that more water reaches the stream via runoff instead of through groundwater flow. This results in “flashy” streams with low flow during dry weather and dramatically higher flow during wet weather.  Flashy streams typically have high, undercut banks that can erode during heavy rain, have warmer water (which holds less oxygen than colder water), and support less biodiversity.

As our population continues to grow both regionally and globally, engineers and hydrologists have developed several innovative solutions to minimize negative impacts caused by impervious surfaces. Some examples include:

The plants in bioswales can filter pollutants out of runoff and allow more water to infiltrate into the soil. Source: City of Salem Public Works Operations Division, Salem, OR

Many municipalities now collect fees from property owners to fund the development of stormwater infrastructure. Citizens can often reduce their fees by taking measures to decrease the amount of runoff generated on their property. Effectively managing stormwater protects water quality in our rivers and streams, reduces the risk of flooding, and helps maintain habitat for aquatic organisms. If you live in either Richmond, Columbia, or Aiken County, you can find out more about local efforts to reduce the impacts of stormwater by visiting the links below.